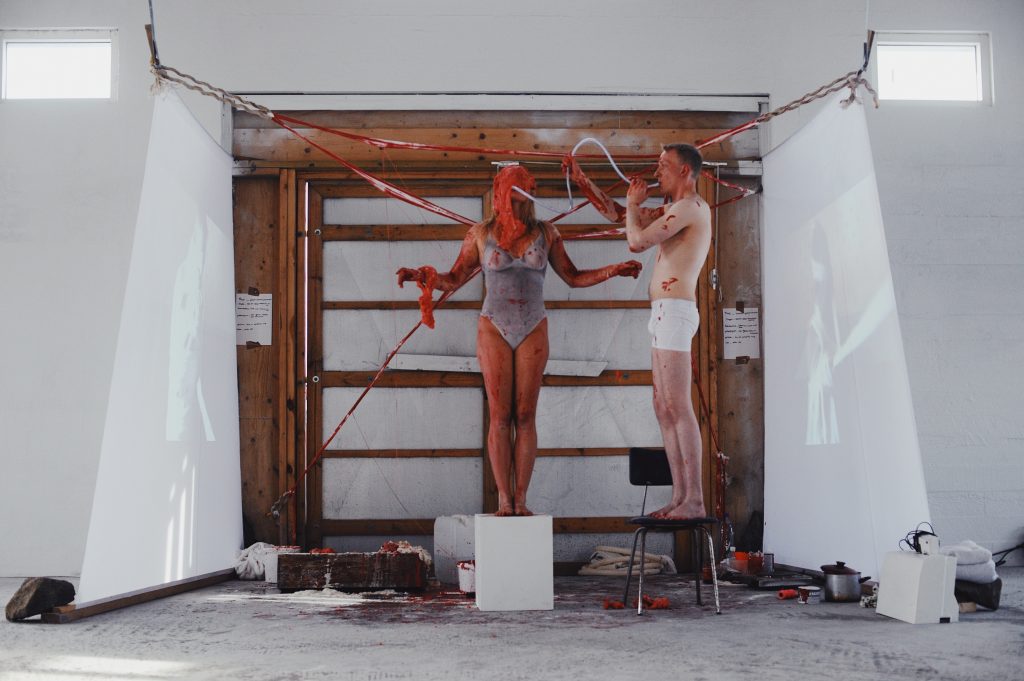 In collaboration with artist Hjálmar Guðmundsson.

Performance – an embodied painting that creates a starting point for the process in my painting practice. Performative that condensed and thickened each time it was performed/practised.

The performance Raunir was performed three times during the Art Festival. On average, it was two hours long. Organized sequences of happenings were organized by artists and repeated, over and over again. Performance layer on top of a layer. 12 video performances projected on mirrored textiles, 2 bodies, one female and one male, gauze stripes, flour, soil, water, plastic pipes, paint, colour pigment and textile.

A manipulation of decomposition in order to re-compose. A ritual that captures a moment in time, conversation and collision between control and impulse, intution and intention. Within the painting a story is captured in time and space.

The performance was born out of the concept Raunir, inspired by Heidegger’s “existentialist” philosophy.

The piece explores the connection between “raunir” and reality through video performances, life performance, sculpture and painting. Two bodies repeat a frame of performances, each lap took about an hour, but two laps each time, that over the festival was repeated three times. In total, this ritual was repeated six times. Layer upon layer of material, repetition. Footprints that capture time like painting and sculpture. We explore how our actions and our doings leave a trace, how video performances with isolation intention effects life performance, that happens only at a moment, but leave material trademarks behind. 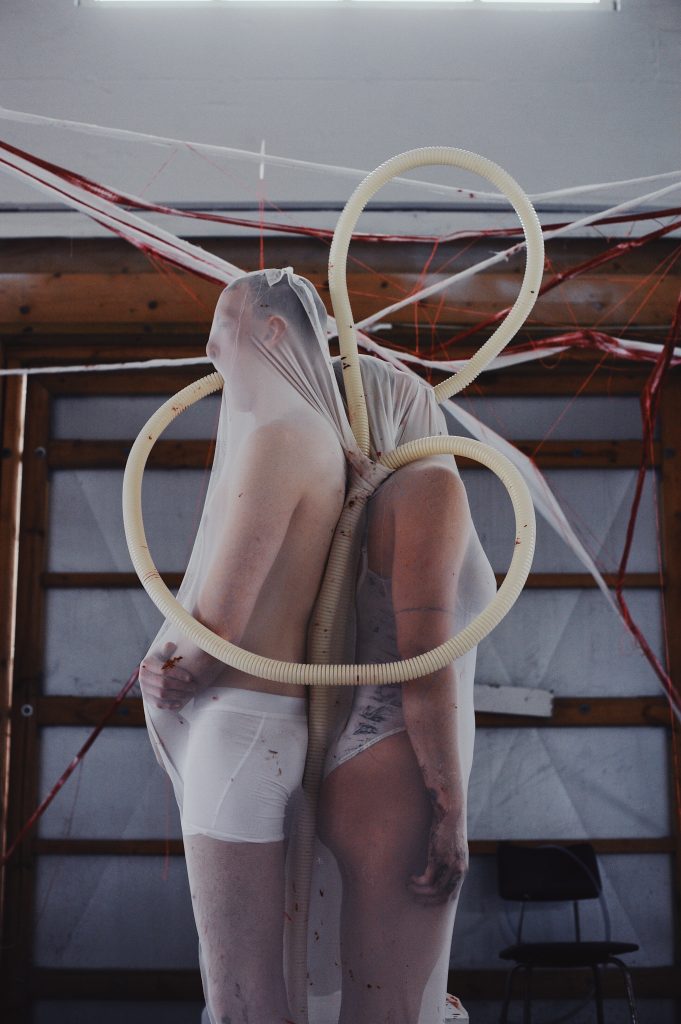 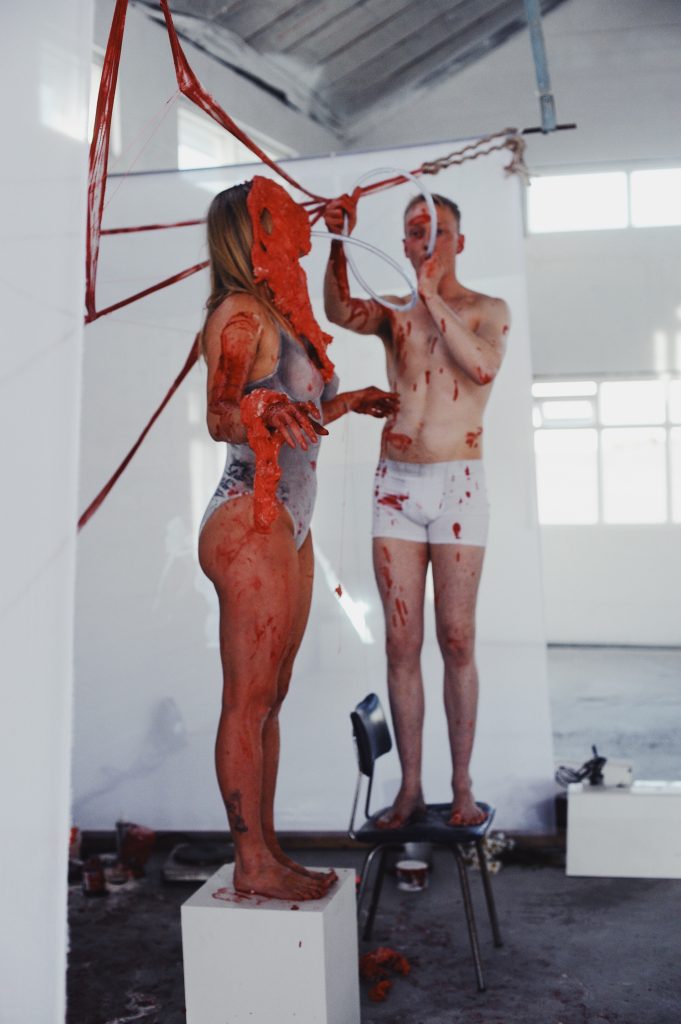 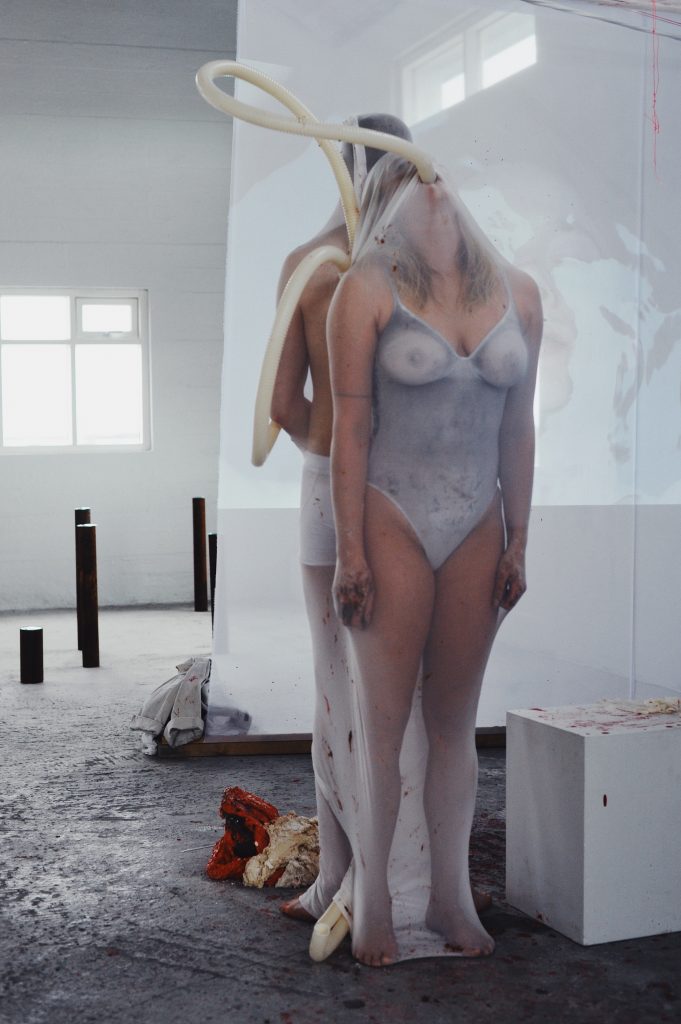 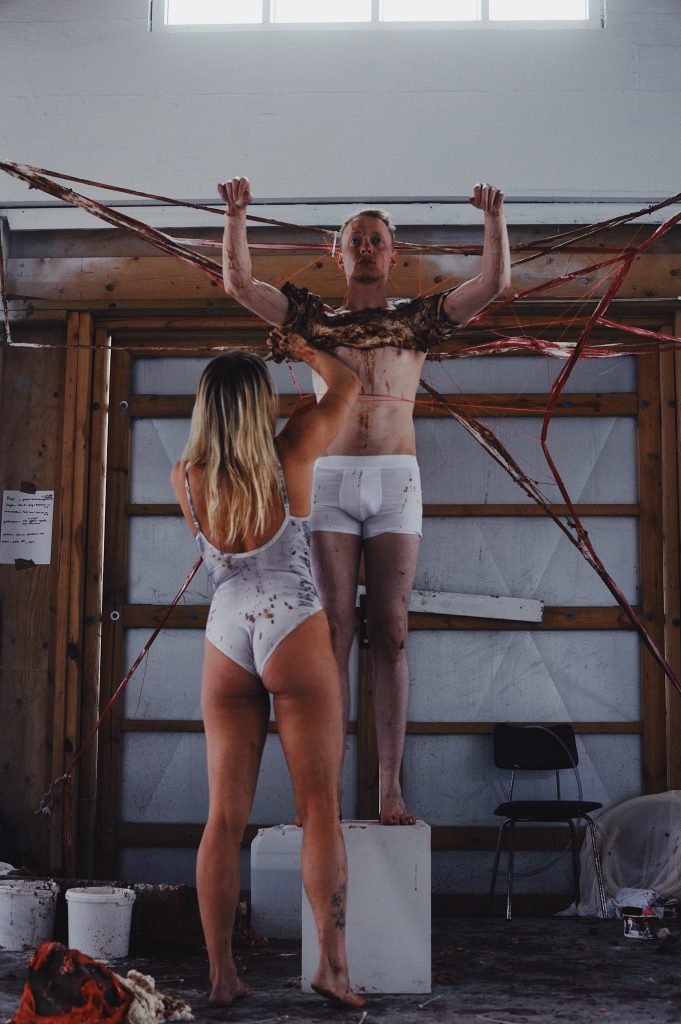 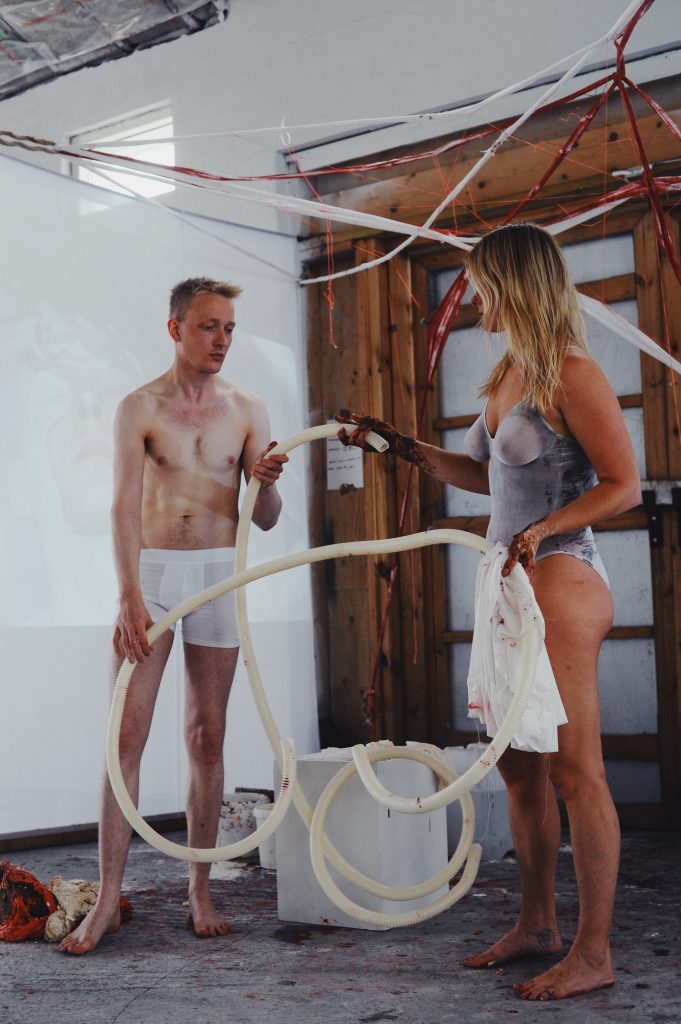 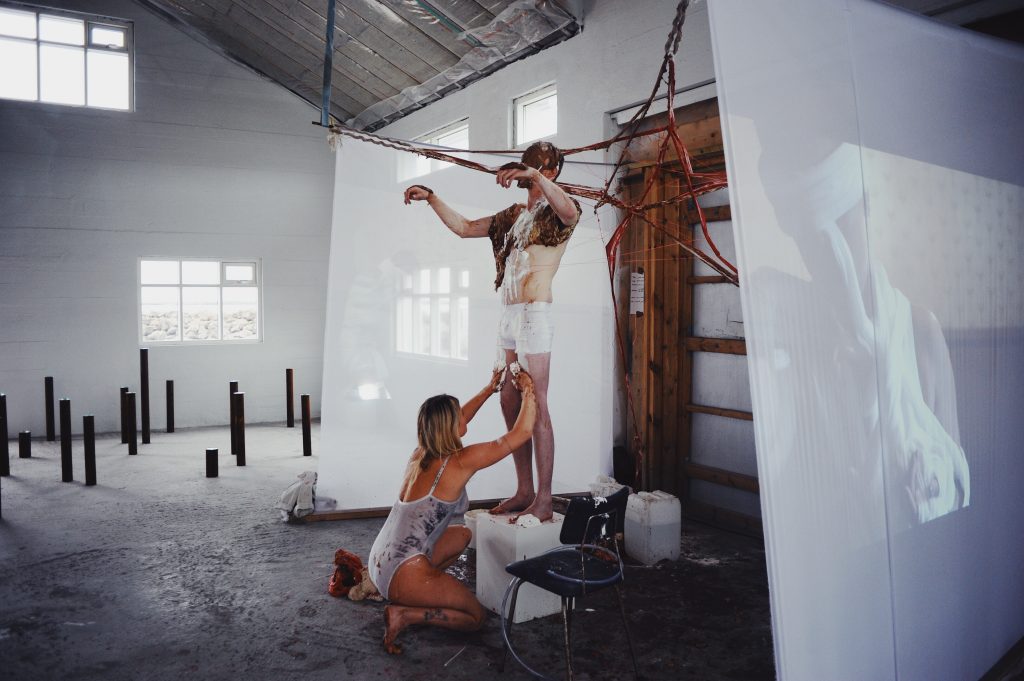 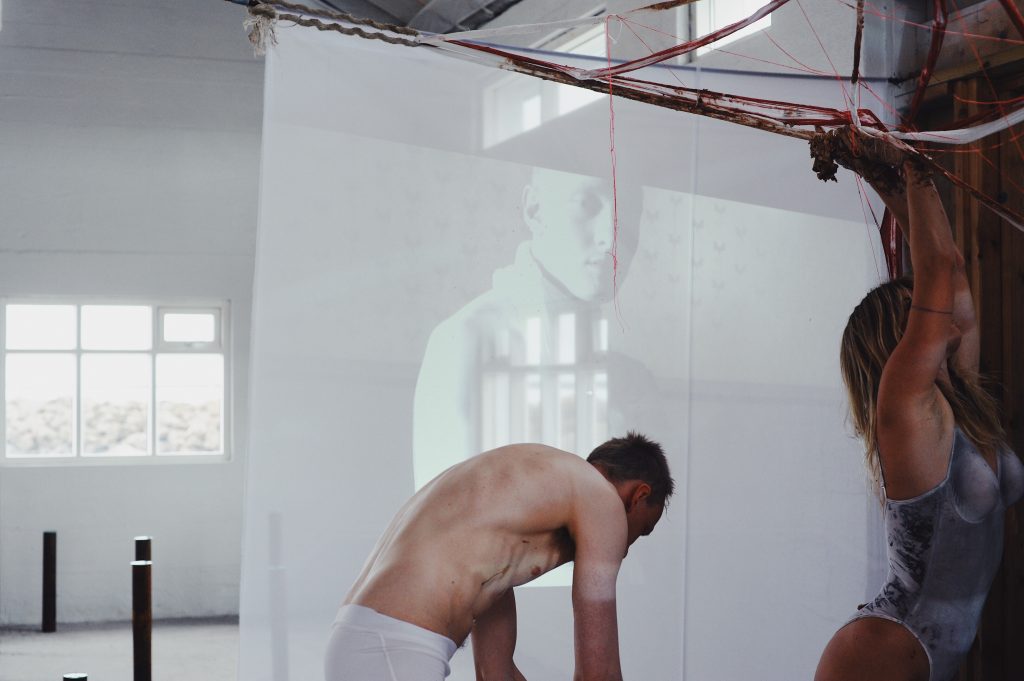 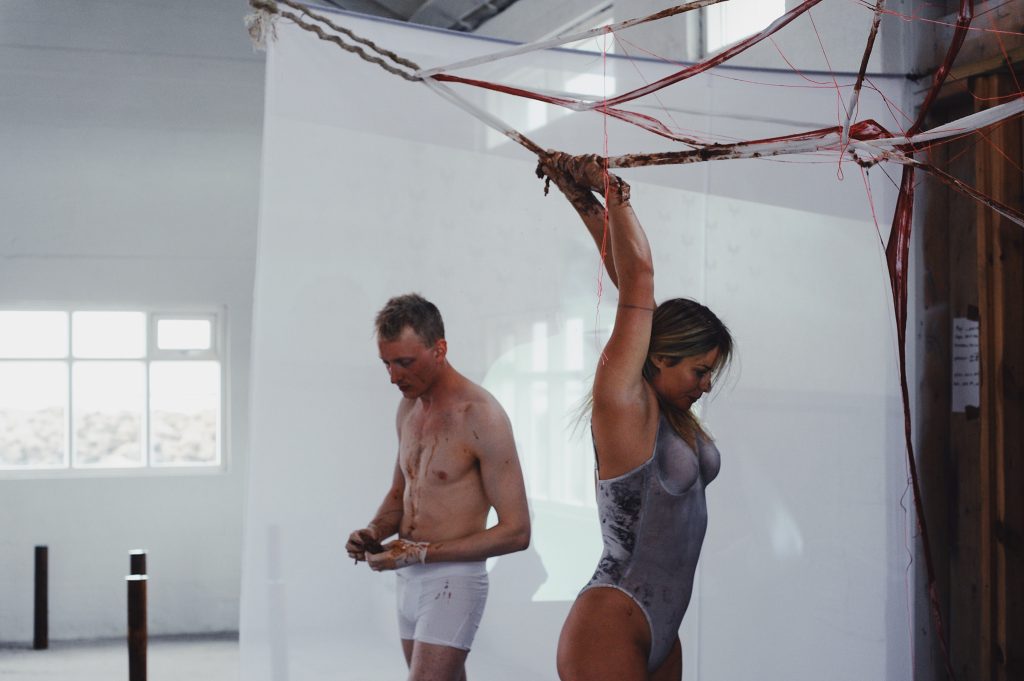